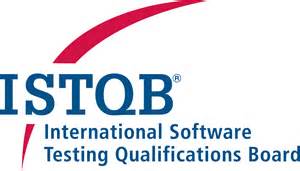 SAN JOSE, CA. November 3, 2015. Conformiq welcomes the release of the new Certified Model Based Tester Foundation Level syllabus and exam for certification by the International Software Testing Quality Board (ISTQB®), which was recently overwhelmingly approved in the ISTQB General Assembly in Shanghai, China. This represents an important milestone for the software testing industry in general, and the model-based testing (MBT) community specifically.

Model-based testing is an innovative software testing approach which can dramatically improve effectiveness and efficiency in the overall test process. It uses models as a basis to drive test design and analysis, and automates test generation, test implementation, documentation and coverage reporting. The ISTQB Foundation Level Model-Based Tester training module and certification provides a practical and easy entry to the MBT approach.

Stephan Schulz, Chief Technology Officer at Conformiq, has been actively contributing for two years as part of ISQTB. He led the review group of the ISTQB MBT working group which developed the Foundation Level “Certified Model-Based Tester” syllabus.

Dr. Schulz commented, “Last year ISTQB announced it certified more than 397,000 testing professionals worldwide across various certifications. So this new Certified Model Based Tester certification marks a huge step forward in MBT becoming standard industrial testing practice. The syllabus is tool-independent, but training providers can and will use real MBT tools as part of preparing testers for the certification exam. I encourage people to look at the presentation from the User Conference on Advanced Automated Testing (UCAAT) 2015 available at http://ucaat.etsi.org/2015/program.html to get a first overview.”

Michael Mandahl, CEO of Conformiq, stated “We are delighted to see the increased adoption of model-based testing along with ISTQB’s certification initiative. This positive force will only accelerate Conformiq’s mission to transform software testing across enterprise IT, communications and embedded software markets.”

Model-based testing is just one of the enabling technologies included in Conformiq 360○ Test Automation, the most sophisticated and comprehensive automated test design solution in the industry.

ISTQB was founded in 2002, as a non-profit organization, to continually improve and advance the software testing profession by defining and maintaining a body of knowledge which allows testers to be certified based on best practices; connecting the international software testing community; and encouraging research. ISTQB certifies at 3 levels: Foundation, Advanced and Expert.

We use cookies on our website to give you the most relevant experience by remembering your preferences and repeat visits. By clicking “Accept”, you consent to the use of ALL the cookies.
Do not sell my personal information.
Cookie SettingsAccept
Manage consent

This website uses cookies to improve your experience while you navigate through the website. Out of these, the cookies that are categorized as necessary are stored on your browser as they are essential for the working of basic functionalities of the website. We also use third-party cookies that help us analyze and understand how you use this website. These cookies will be stored in your browser only with your consent. You also have the option to opt-out of these cookies. But opting out of some of these cookies may affect your browsing experience.
Necessary Always Enabled
Necessary cookies are absolutely essential for the website to function properly. These cookies ensure basic functionalities and security features of the website, anonymously.
Functional
Functional cookies help to perform certain functionalities like sharing the content of the website on social media platforms, collect feedbacks, and other third-party features.
Performance
Performance cookies are used to understand and analyze the key performance indexes of the website which helps in delivering a better user experience for the visitors.
Analytics
Analytical cookies are used to understand how visitors interact with the website. These cookies help provide information on metrics the number of visitors, bounce rate, traffic source, etc.
Advertisement
Advertisement cookies are used to provide visitors with relevant ads and marketing campaigns. These cookies track visitors across websites and collect information to provide customized ads.
Others
Other uncategorized cookies are those that are being analyzed and have not been classified into a category as yet.
SAVE & ACCEPT
Powered by